When a person first enters the city of Denton, they see a small town with its many coffee shops and two universities within a 10 mile vicinity of each other. But little do they know, Denton has a deeper side that goes all the way back to the late 1800’s.

With its perfectly hipster record shops and the internationally known University located within the city, the University of North Texas being mentioned in articles all over the place as well as notable Grammy-winning alumni from the school, Denton is beyond being on it’s way to creating legends.

With the foundation being built of the University of North Texas in 1890, the foundation of music was also built with the school becoming the university with the first ever jazz studies major and the first jazz band to win a Grammy and internationally recognized and traveling through across the globe to perform with notable musicians the musical aspect is continuing to grow.

Along with having a legendary musical program there are notable Grammy-award winning alumni that get recognized as well. he city of Denton has birthed extremely notable alumni that have given the world chart-toppers.

Now within the past and the iconic shaping of music within itself, how is UNT and more importantly, Denton going to create power for the future.

So with that, we look to the future of the University of North Texas and the some of up and coming talent of Denton Texas. 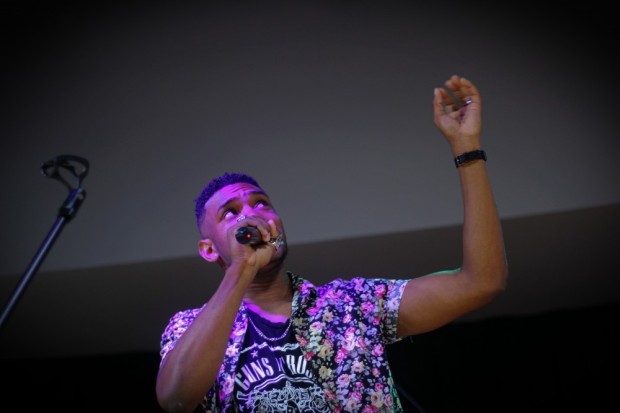 Troy also has a growing solo career with a growing SoundCloud following with his own EP called The Heartbreak Project.

Garrick loves the UNT music scene saying that “Denton is a very authentic place that thrives on creativity and uniqueness.”

Garrick also says that the atmosphere has “helped him feel less pressured to sound like what’s popular and just be unique as an artist.”

He hopes that the support from fans grow him and his career and the band OG Garden exponentially to new heights beyond the Denton area.

Sophomore Music Education Major Chelcie Parry’s focus is performing. “…I’m motivated to see a large audience approve of something that I’m able to do.”

To help people go beyond the norm Parry hopes that the community’s confidence grows to another level.

“The cool thing about music is that it’s an art, and many times, what you bring to the table is something that no one else can emulate, so it’s unique and incomparable.”

When making the decision about which school Parry should call home she had nothing but positive feelings.

“I chose UNT’s music program because there are so many great teachers to learn from. For example, my teacher got her master’s from the most prestigious music school in the country, Julliard in New York City. She’s performed professionally, and still does, but she’s getting her doctorate here and I have the opportunity to learn from her. If I were to have chosen some other schools, I probably wouldn’t have such a great and experienced teacher to learn from in my undergraduate career.”

Denton has also gained national recognition being ranked by many news outlets and other multimedia outlets.

With the rise of new artists hailing from Denton the only hope and goal for the Denton community is to grow and show off.